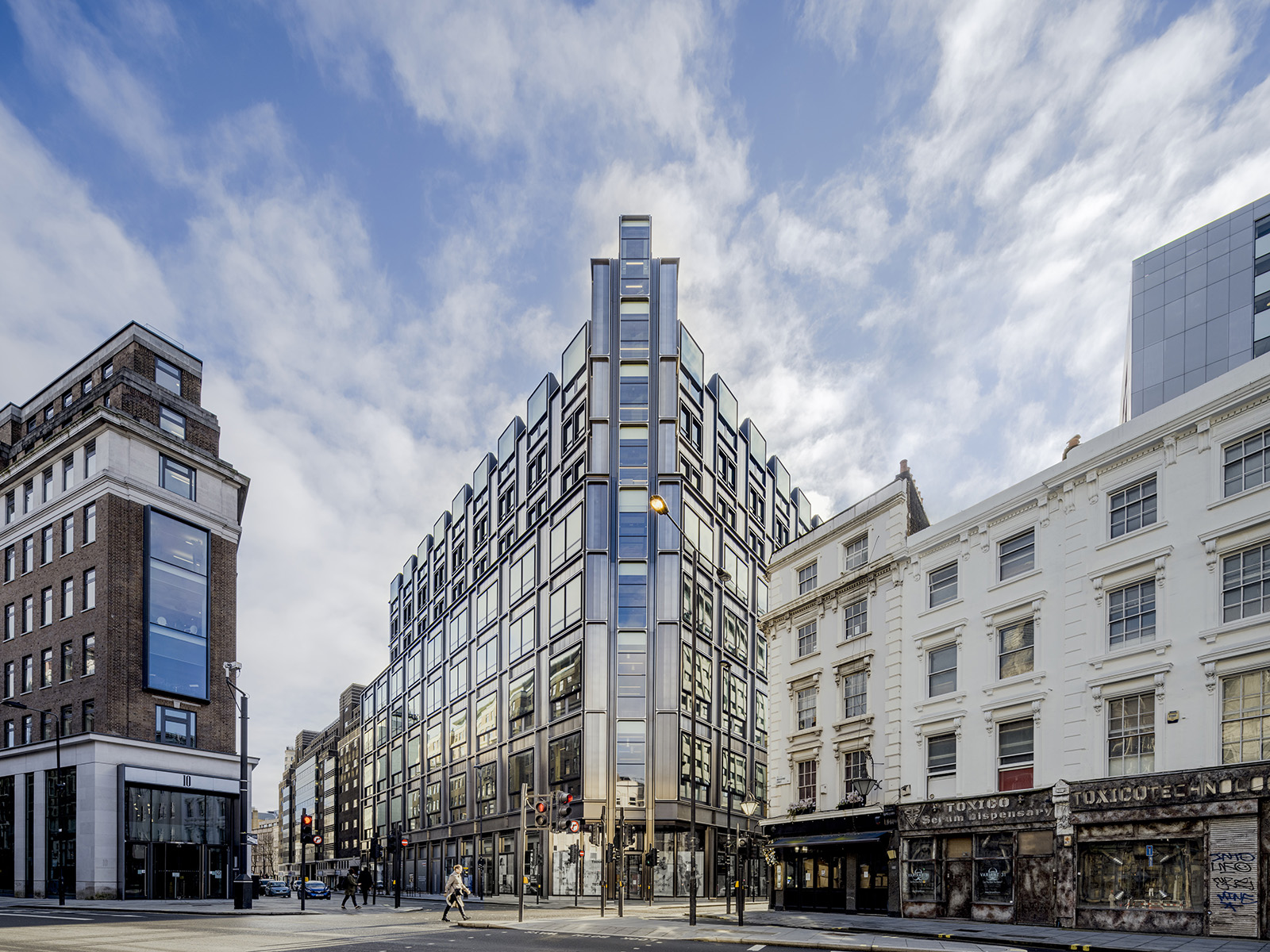 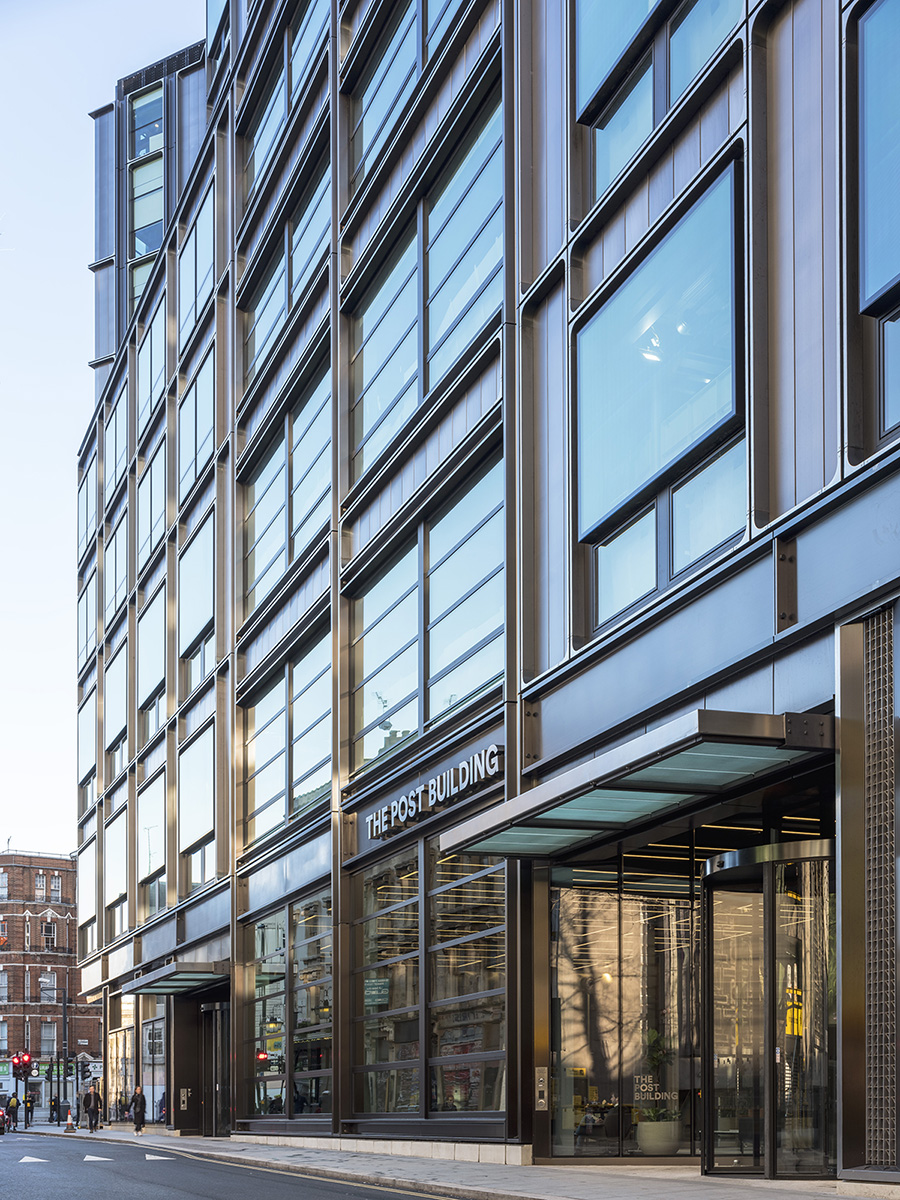 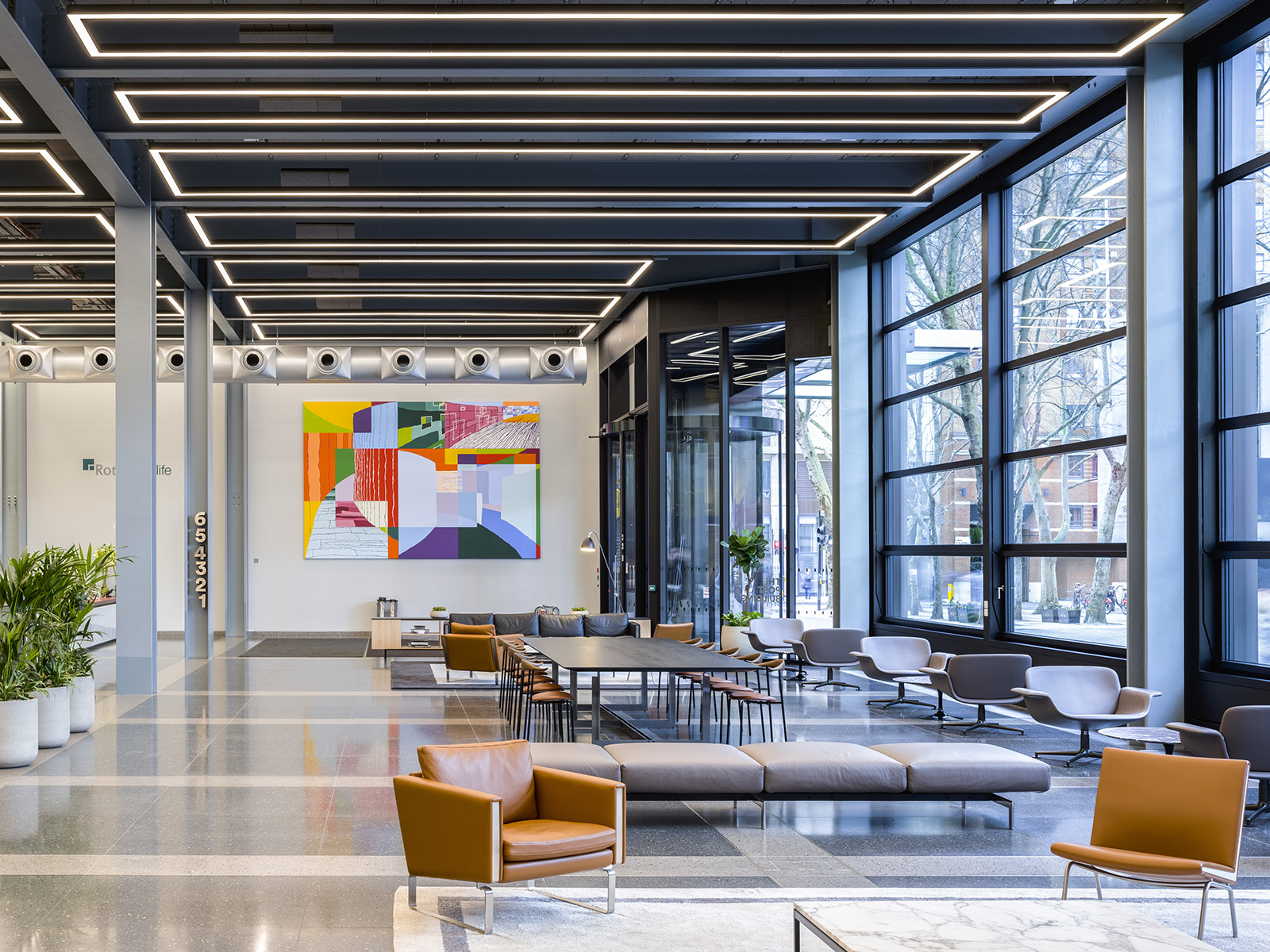 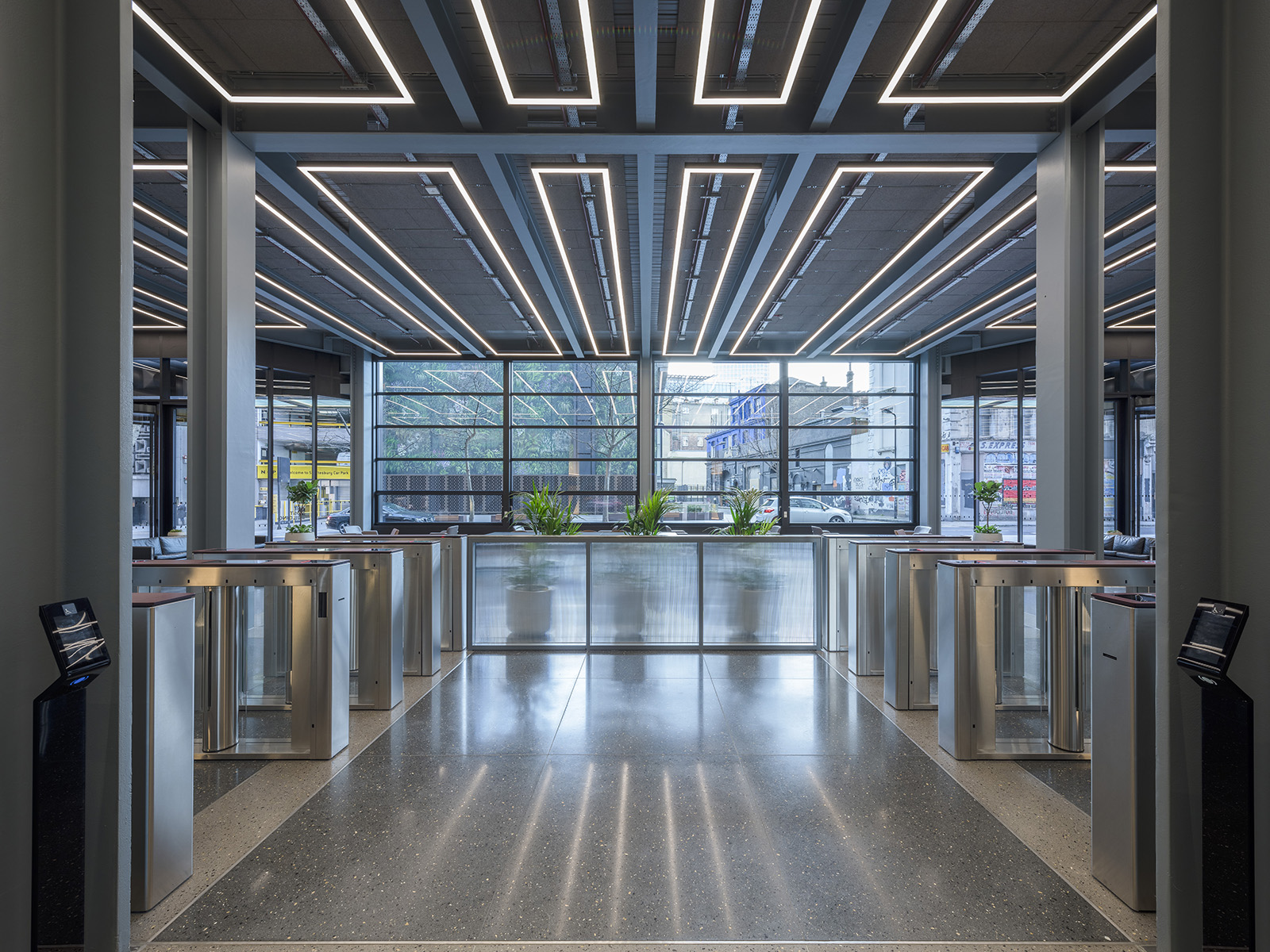 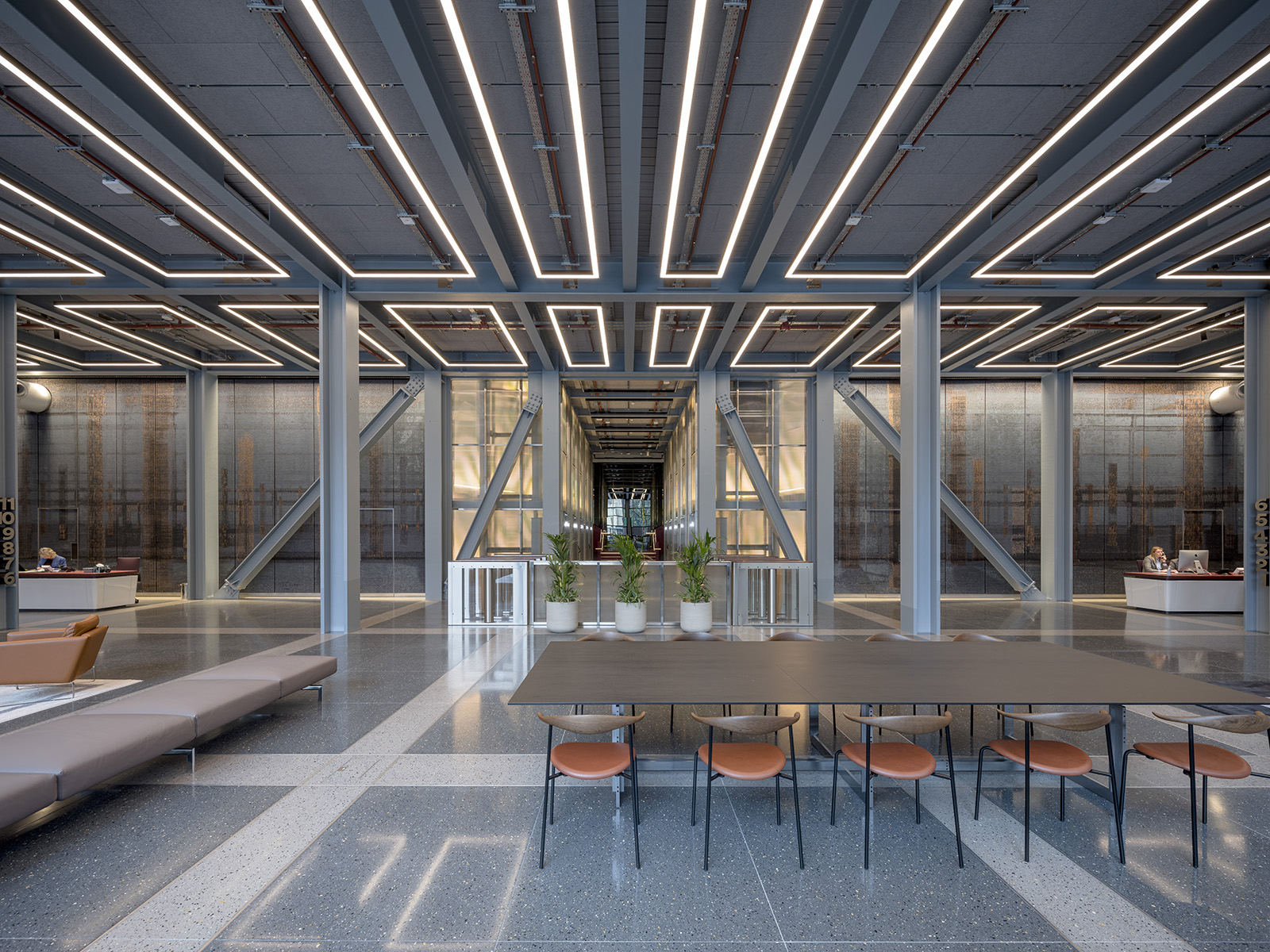 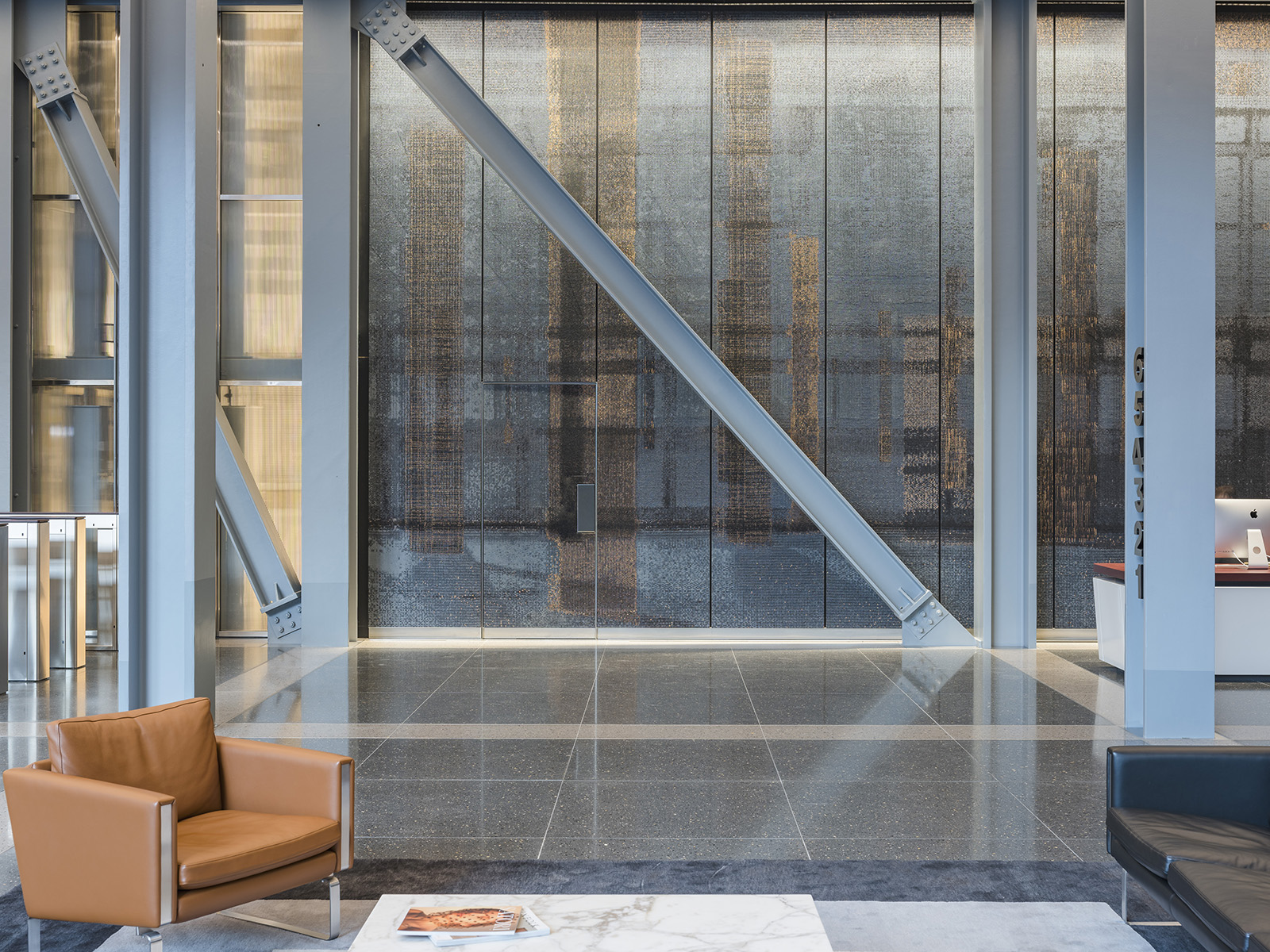 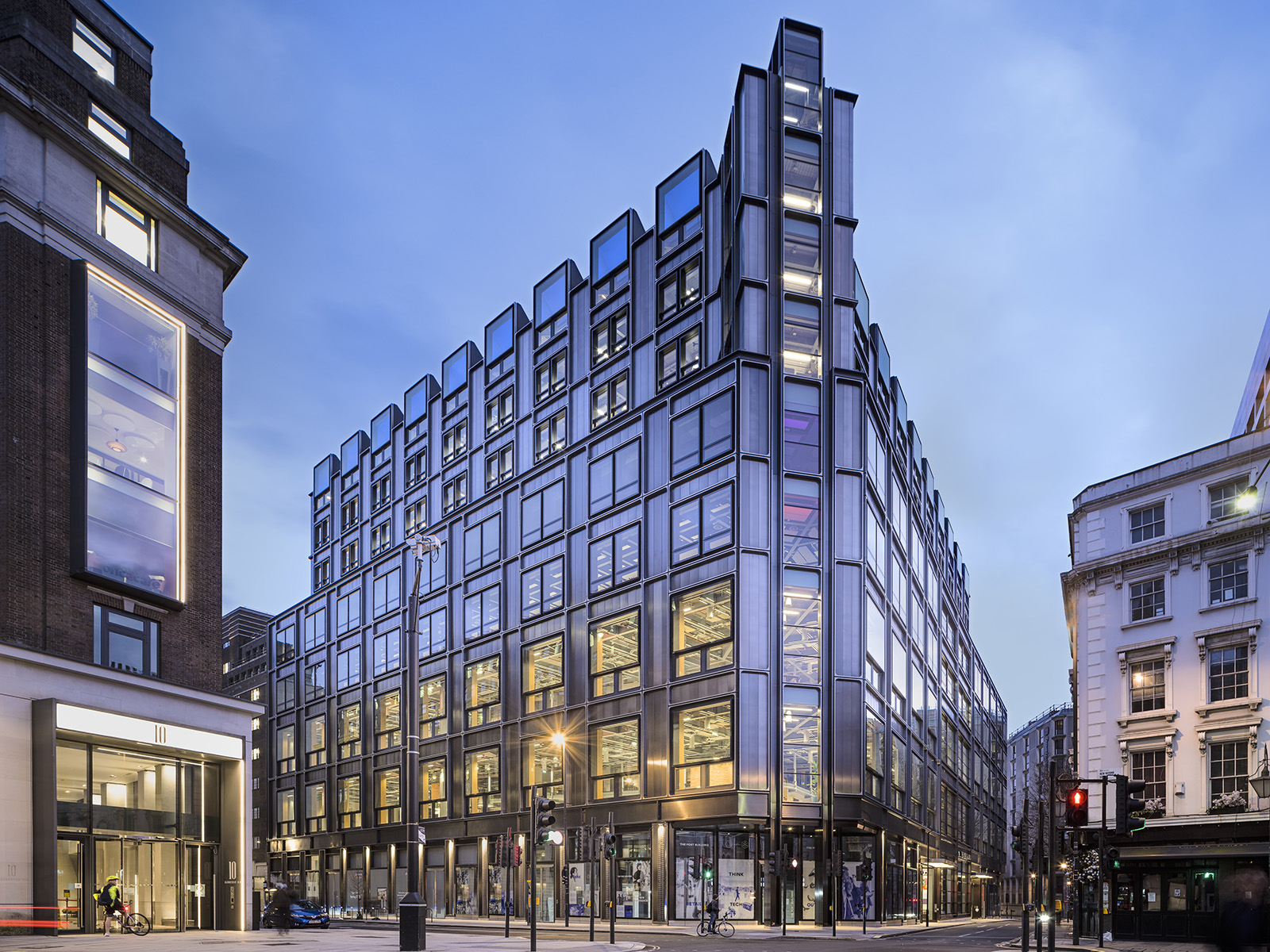 The Royal Mail sorting office, the building formerly situated on the site of The Post Building, was denoted by its voluminous internal spaces and location right at the heart of London’s busiest quarter. It has been derelict for over 20 years, finally, in 2019 it was transformed and brought back into use. The project was not an ordinary mission for everyone involved, due to its scale and significance in its surrounding cityscape.

To deliver a seamless, open-plan style space, the architects resorted to cement-based terrazzo flooring. The method of production of this kind of terrazzo allows for achieving an even surface throughout the entire surface, making it perfect for large-scale projects such as this one.

With the ceilings that stretched up to six meters high, it had a series of conveyor belts and mechanical shoots pumping away sacks of posts around the vast building from its opening in the late 1960s. This immense industrial space offered a rare opportunity for the architects at AHMM in charge of its renovation.

Retaining the height of the interior space, they’d introduced a new architectural device: flexible ‘deck’ spaces. They mirror the trend for flexible workplaces without hindering the flow of the central floor plan. Instead of being supported by columns, these decks ‘float’ above the main office space on the first and second levels.